How to Dry Concrete Prior to a Coating Application 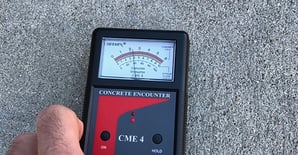 Coatings fail to bond to concrete for two reasons:

Today, most coating manufacturers require concrete substrates to be dry (<5% moisture content) with low vapor transmission (< 3-5lbs per 1000 sq. ft./24 hours) before applying most types of membranes. This applies to both new and existing concrete substrates, although each may have its own set of moisture-related problems. For example, a 90-year-old poured-in-place partially buried concrete tank may face an entirely different set of circumstances from a newly constructed concrete slab with a steel tank mounted on it. Ultimately, the concrete needs to be dry prior to coating.

Issues affecting the rate at which concrete dries:

New concrete presents a few more hurdles in determining how fast it will dry, such as:

There are several methods to determine moisture content and the rate of water vapor transmission of concrete. Some of the tests were created by the flooring industry and were intended to be conducted indoors, out of the sun, and in conditioned spaces. The industrial coating industry uses and sometimes modifies these tests to determine the concrete moisture for these applications.

Plastic Sheet Test ASTM D4263: The plastic sheet method is a non-destructive, non-quantitative pass or fail test. The method requires sealing an 18x18-inch clear plastic sheet to the concrete. After 16 hours, if any condensation is found under the plastic sheet or the concrete has darkened, the concrete is considered too wet to coat. Unfortunately, there are many restrictions to using this standard outdoors due to variations in sunlight and high temperatures.

Concrete Moisture Meters:  These meters operate by sending an electrical current through the concrete to measure its resistance indicating the moisture level in the slab. Moisture meters can be very helpful since they give immediate results. One brand of concrete moisture meter claims it can measure ¾” into the concrete. Most concrete coating applications require less than 5% moisture.

Relative Humidity Using In Situ Probes (ASTM F2170): Holes are drilled into the concrete to a specified depth, and liners are inserted into the bottoms of the holes. The holes are then capped and allowed to equilibrate for 72 hours before inserting the probes and taking the relative humidity readings. Probes are generally inserted at 40% depth of the concrete.  Usually, if the relative humidity (RH) is less than 80%, it is considered acceptable.

Nondestructive RH Test: A variation of the ASTM F2170 is the nondestructive RH test, which is performed by sealing an insulated box or plastic sheet to concrete, waiting 24 hours, and then inserting an RH probe under the plastic sheet. If the RH is less than 75%, it is usually considered acceptable.

None of the tests are infallible, so two different types of tests always should be conducted prior to any coating application over concrete.

Once moisture levels of concrete have been determined, what can be done to speed up the drying process?

For both new and old concrete, the following methods usually help to accelerate the drying process:

In situations where moisture permeation cannot be controlled easily or where there is not enough time to adequately dry the concrete, an alternative approach is to use moisture mitigating primers such as CIM EMT Epoxy Primer. This moisture tolerant, penetrating epoxy can be applied to the concrete surface, and it will penetrate and block the moisture, allowing coatings to be applied without fear of blistering or disbonding.

If you have any questions, feel free to contact our support team. 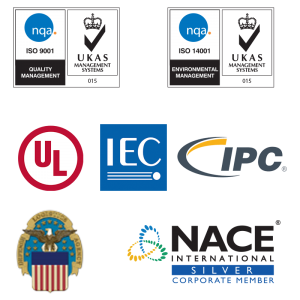